Who knew seitan was so easy to make? I had no idea what was in the stuff I’ve had from the grocery store, but it’s really pretty simple once you find vital wheat gluten. 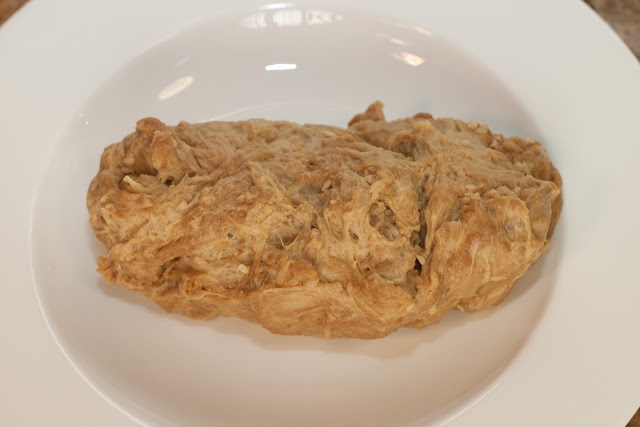 The dough is really funny looking. After kneading for a little while you end up with this strange rubbery substance. Then you have to use a knife to get it into smaller pieces and toss it in some broth for an hour to cook. It takes a while, but it’s worth it, because the seitan is very very tasty.

I’m even fairly certain I screwed it up slightly this time because the seitan is not supposed to boil in its broth, and ours definitely did. I wasn’t paying enough attention to the pot on the stove. It didn’t seem to detract from the taste though, but it will probably be even better the next time. 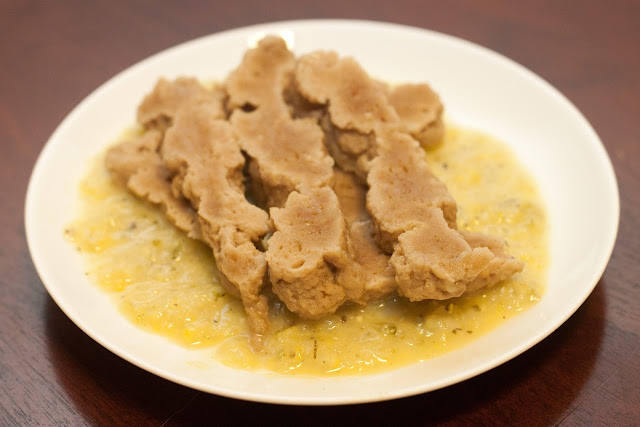 We’re definitely going to be making this more often. It seems like great sandwich material, and would add a nice depth to other meals. Recipe #102 is a cutlet version, which has you cook the dough in an oven instead of on the stove. I think Joey and I will try that soon and try to keep a stock in the fridge for lunchtime. We ate this entire recipe for one meal so we’ll probably need a double batch…