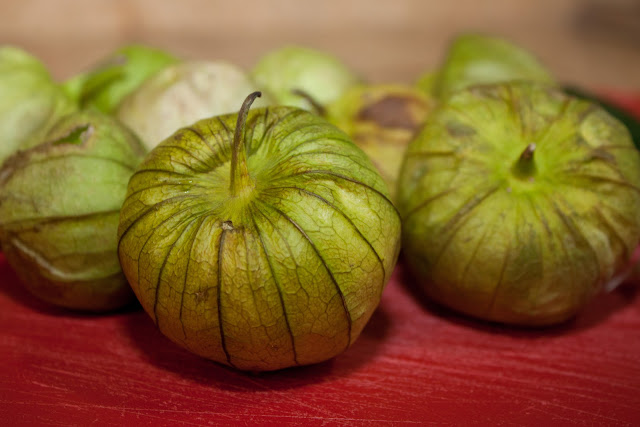 I had never seen tomatillos before this recipe - they are a pretty crazy fruit! Like green tomatoes, but with a husk, and almost a limey flavor. It took me a while to find them at the store, but I think their taste was worth it.

The salsa was pretty easy to make, but it took a while and didn’t make very much. I only got a pint out of it. It seemed a little thin at first but it thickened up nicely after it was in the fridge. My fingers have also been burning since I chopped up the jalapenos - apparently I wasn’t careful enough when deseeding.

It was tasty though (and pretty!), so if I made this again I would probably double the veggies and use a pot instead of a shallow sauce pan. Using my submersible blender would then be even easier. 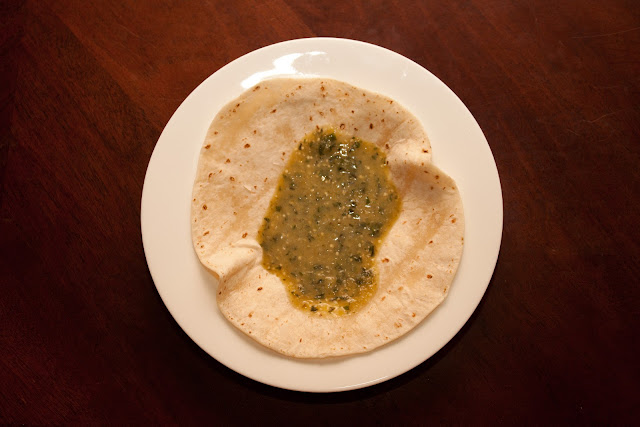 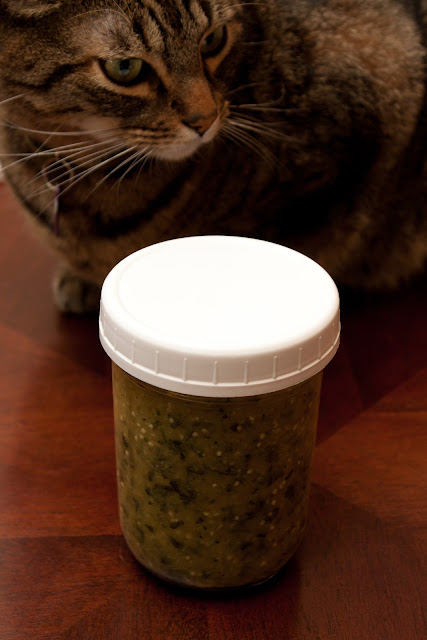