Beanballs are amazing. I’ve now had them in sandwiches, spaghetti, and enchiladas and they have been delicious every time. The sandwich version isn’t my favorite (it’s just too messy) but it still turned out very well. This time I decided to bake the beanballs instead of the usual frying. This made them less crispy, but it took less attention, so it’s a lazy fallback. 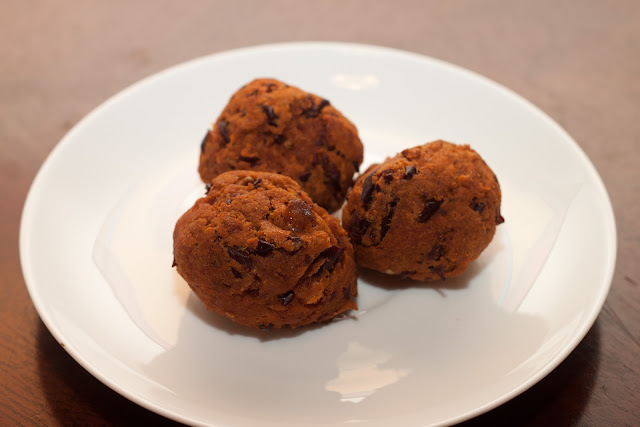 Making each of the components - beanballs, pine nut cream, marinara sauce - takes a while, but if you had each of those premade then this would be very simple. You basically just cook them all and then throw it on some bread. Not pretty, but fairly delicious. 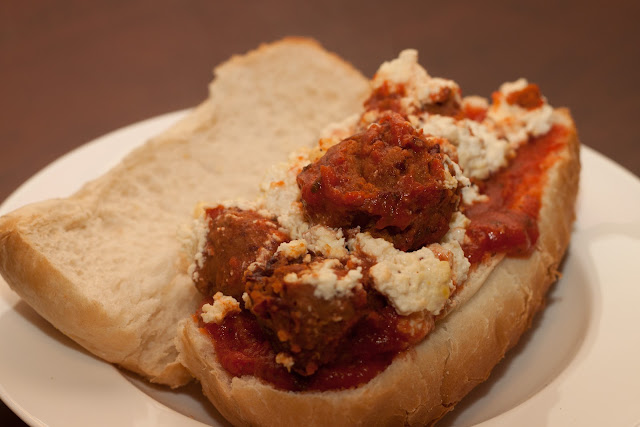