Eh. These enchiladas were okay, but not great. I confess that I don’t really like kale, so that could be an issue. I mean Joey said he liked these, but then, he likes everything so I don’t think it counts. 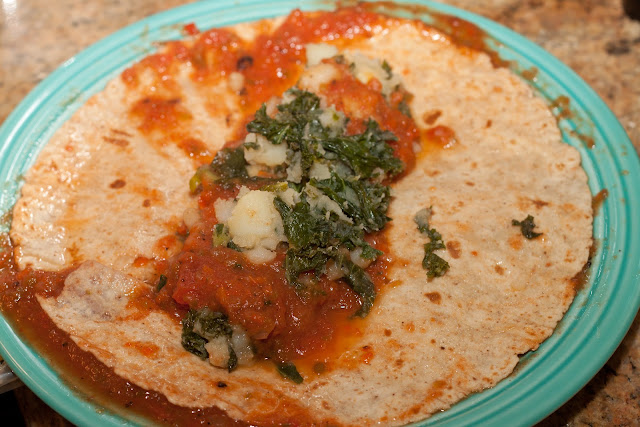 The sauce was pretty good. I cheated by using non-spicy peppers (I needed a break from all of the jalapeno recipes). I wouldn’t say it was that much better than regular homemade salsa though. I think I like some chunkiness. I’m also not sure the thorough sauce coating for the tortilla is worth it. I know that’s how it’s supposed to be done, but it’s really messy. And I’m not sure it tastes noticeably better than just putting sauce on top. 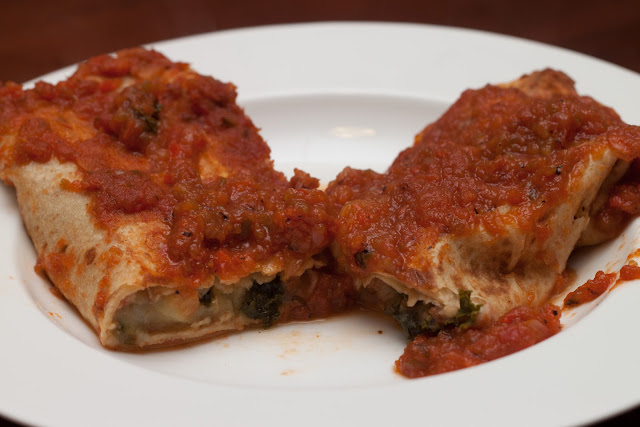 Overall, I much prefer our normal enchiladas. Peppers/onions/whatever other veggies we have one hand sauteed until caramelized for the insides and some salsa thrown on top.